Oil palm wood (OPW) is still difficult to utilize efficiently due to its low strength, non-durability, low dimensional stability, and poor machinability. This study was conducted to investigate semi-curing of OPW with low-molecular weight phenol formaldehyde (Lmw-PF) by a combination of oven and microwave heating. Four main processes in a modified compreg method were used, i.e. drying, impregnation, resin semi-curing heating, and hot-pressing densification. Heating type had a significant effect on the physical properties of treated OPW. The combination of the heating methods used a much shorter time compared to heating by oven only, where over 24 to 30 h were needed to dry the treated OPW.

Oil palm wood (OPW) is still difficult to utilize efficiently due to its low strength, low durability, low dimensional stability, and poor machinability. This study was conducted to investigate semi-curing of OPW with low-molecular weight phenol formaldehyde (Lmw-PF) by a combination of oven and microwave heating. Four main processes in a modified compreg method were used, i.e. drying, impregnation, resin semi-curing heating, and hot-pressing densification. Heating type had a significant effect on the physical properties of treated OPW. The combination of the heating methods used a much shorter time compared to heating by oven only, where over 24 to 30 h were needed to dry the treated OPW.

The economic importance of the oil palm is well known in Malaysia and Indonesia. Plantation areas of oil palm have increased rapidly in both of these countries since the early 1970s. Malaysia has a huge oil palm planted area, about 5.08 million hectares in 2012 (MPOB 2012). A total oil palm cultivation area of over 2.65 million hectares will produce over 8 million tons of oil annually. The oil consists of only 10% of the total biomass produced in an oil palm plantation; the remaining 90% is underutilized lignocellulosic material that consists of oil palm trunks, fronds, and empty fruit bunches processed in the oil palm mill (Bakar et al. 2007). About 9 million oil palm trees were estimated to have been harvested in 2010 (Choo et al. 2013).

Despite the natural defects of oil palm wood, such as its low density and high moisture variation (Choo et al. 2011), efforts have been carried out by researchers and the wood industry to utilize this oil palm biomass to create new products (Balkis et al. 2012; Nur Farizan et al. 2010; Nur Syuhada et al. 2011). This includes the oil palm trunk, which can be used as an alternative material in lumber and panel manufacturing (Amarullah et al. 2010; Chong et al. 2010; Faizatul et al. 2010). Although many products have been produced, the quality of these materials is still relatively poor in comparison with their wood counterparts. For that reason, research is needed to enhance the quality of products made from OPW. This study focuses on producing solid wood material from underutilized oil palm stem. Bakar et al. (2006) has shown that ‘outer lumber’, which is lumber taken from the outer most third of the stem’s radius, can be utilized as solid wood. However, the ‘outer lumber’ still has four main imperfections: (i) low strength, (ii) low dimensional stability, (iii) low durability, and (iv) poor machining characteristics. Thus, effective methods for property enhancement of the “outer lumber” from oil palm used to produce solid wood need to be found.

There have been a number of studies on impregnation plus compression treatment (to produce compreg wood) using phenolic resin. This method can improve the strength, dimensional stability, and durability of wood, especially when Lmw-PF is used (Anwar et al. 2006; Furuno et al. 2004; Ibach 2005; Nur Izreen et al. 2011). Bakar et al. (2013) developed a four-step impregnation-compression process that produces Compreg OPW. In this process, the Lmw-PF resin in treated oil palm is semi-cured by heating in an oven. It is a critical process because if the samples are too dry, then cracks will occur during compression, resulting in samples with low strength. If the samples are too wet, then resin will be squeezed out during compression, causing low resin loading. The optimum oven heating parameters obtained by Bakar et al. (2013) were 60% moisture content (MC) at 60 °C to obtain compreg OPW with the best strength properties and relatively high resin loading without cracks. However, a long time is needed (24 to 30 h) to semi-cure the resin in an oven at 60 to 80 °C for samples with dimensions of 40 mm x 100 mm x 100 mm.

OPW lumber was prepared from matured (>25 years old) oil palm trees collected from Universiti Putra Malaysia’s Agriculture Park. The oil palm logs were sawn using the polygonal sawing method described by Bakar et al. (2006) (Fig. 1) to obtain the best high-density homogenous lumber from the outer parts of the oil palm trunks. The lumber was initially 50 mm thick, then dried to 15% MC. This is based on the previous study as the best MC to facilitate resin impregnation into OPW (Bakar et al.2013). Then, the lumber was planed to a thickness of 40 mm, and finally cut to samples with a size of 40 x 100 x 100 mm. Only outer OPW lumber with densities in the range of 400 to 500 g/cm3 was used in this study. A four-step impregnation and compression process was adapted from Bakar et al. (2013). The four modified steps are of drying, impregnation, resin semi-curing, and hot-pressing densification (Fig. 2).

The focus of this study was on the semi-curing process, which involved a single heating system (oven only) and a dual heating system (combination of oven and microwave heating). The single heating system using only a microwave was not studied, as a previous study indicated that samples heated by such a system were brittle and excessive cracks occurred in the samples (Faizatul et al. 2010). Three different heating conditions were carried out; oven only (control), oven followed by microwave, and microwave followed by oven. 49 samples were prepared in this study. A 4-magnetron industrial microwave was used for microwave heating. Details of the heating conditions in the semi-curing process are shown in Table 1. 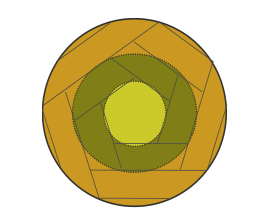 Table 1. Type of Treatment and Conditions

Table 2. Summary of ANOVA for Properties of Treated OPW

Weight percent gain (WPG) indicates the amount of Lmw-PF resin that was retained in samples (at the solid base) after densification by hot pressing. When heating is not sufficient (as translated by higher MC or lower temperature used), resin in the samples will not be in a semi-cured condition and a large amount will squeeze out during densification. Thus, only a small amount of resin, which is important for quality improvement, is retained, and this results in a low WPG. In contrast, if heating is carried out for too long or at too high temperatures, the resin in the samples will be fully cured. WPG will be high, but samples are likely to break and crack during compression, which affects the mechanical properties.

Overall, WPG was significantly affected by the heating conditions (Table 2). As shown in Fig. 3, the lowest WPG was obtained from samples treated with heating type C (heating to 80% MC at temperature 80 °C with oven heating, followed by microwave heating to 60% MC), and the highest WPG was shown by samples treated with heating type E (heating by microwave to 80% MC, followed by oven heating to 50% at 80 °C). As expected, WPG with heating type E was the highest because of two factors, which are lower final MC (50%) and the combined heating systems. This allows the resin to be semi-cured inside and outside of the samples, but has no negative effect during compression. Only a small amount of resin was squeezed out during the following densification process. Heating type E also shortened the oven heating time and did not result in cracks during densification. Meanwhile, heating type C had lower WPG because of its higher initial MC before both oven and microwave heating. The higher MC affected the resin that was not in the semi-curing state. Thus, it caused too much of the resin to squeeze out and resulted in a lower WPG.

Means followed with the same letters a, b, c in the same column were not significantly different at p≤0.05.

Fig. 4. Direction of heat transfer in microwave and oven heating

From Table 2, it can be observed that heating time (HT) was significantly affected by the type of heating system used. It can be seen from Fig. 5 that the longest heating time was shown by the control (oven only), with an average heating time of 1687 min, while the shortest heating time was found in heating type F, with an average of 260 min. In general, the dual heating systems (heating types A through F) had shorter average heating times (495 min) compared to the single heating system (control) (1687 min). According to Zhou and Du (2007), the combination of microwave pretreatment with air oven drying could save about 70% of the drying time compared to traditional oven air drying. Thus, it can be concluded that the time required for combination heating of treated OPW is much faster than that for oven heating alone.

Means followed with the same letters a, b, c in the same column were not significantly different at p≤0.05.

After immersion in water for 24 h, water absorption (WA) and thickness swelling (TS) were not significantly affected by the different heating systems. It is important to note that WA and TS properties were not negatively affected by the combination of the two types of heating compared to the single heating system. This suggests that combination heating is enough to semi-cure the resin in the samples, which results in adequate WPG.

The authors are grateful to Universiti Putra Malaysia, Serdang (UPM) for the financial support (RUGS). The authors also would like to acknowledge the Faculty of Forestry, UPM for providing the laboratory facilities and for technical help given throughout the research work.