The brightness of bleached bamboo chemo-mechanical pulp (CMP) is often too low to be used as a furnish in value-added paper products. In this study, preliminary optimization of various parameters of a modified hydrogen peroxide (H2O2) bleaching procedure for bamboo CMP pulps was performed using the inclusion of ethanol in the bleaching medium (IEBM). Compared with a conventional bleaching method, this modified process is aimed at improving bleaching efficiency and brightness ceiling of bamboo CMP with the proper usage of chemicals. The CMP was bleached to a brightness of 74.2% ISO at the usage level of 12% H2O2, which shows it increased by 7.4% ISO compared with the conventional method. For a brightness target of 72.0% ISO, bleaching with the IEBM method reduced the H2O2 consumption by approximately 60%. In addition, a higher activation energy of H2O2 for the IEBM method was calculated to be 23.3 kJ/mol, which was increased by 3.3 kJ/mol compared with the conventional method.

The brightness of bleached bamboo chemo-mechanical pulp (CMP) is often too low to be used as a furnish in value-added paper products. In this study, preliminary optimization of various parameters of a modified hydrogen peroxide (H2O2) bleaching procedure for bamboo CMP pulps was performed using the inclusion of ethanol in the bleaching medium (IEBM). Compared with a conventional bleaching method, this modified process is aimed at improving bleaching efficiency and brightness ceiling of bamboo CMP with the proper usage of chemicals. The CMP was bleached to a brightness of 74.2% ISO at the usage level of 12% H2O2, which shows it increased by 7.4% ISO compared with the conventional method. For a brightness target of 72.0% ISO, bleaching with the IEBM method reduced the H2O2 consumption by approximately 60%. In addition, a higher activation energy of H2O2 for the IEBM method was calculated to be 23.3 kJ/mol, which was increased by 3.3 kJ/mol compared with the conventional method.

Earlier studies demonstrated that bamboo mechanical pulps are difficult to bleach and, at a given H2O2 dosage, their achievable brightness level is much lower than that of wood fiber (Shen et al. 2010; Liang et al. 2017). To produce high brightness bamboo pulps using economical levels of H2O2 charge, it is important to choose appropriate bleaching conditions based on the characteristics of bamboo fibers. Although the fundamentals of bamboo mechanical pulping and bleaching are not well documented, it is widely recognized that bamboo is different from wood (Chen 2010).

Hydrogen peroxide bleaching is the predominant bleaching method used in the manufacturing process of mechanical pulping (Pan 2001; Wójciak et al. 2007; Li et al. 2015) because it is the most effective and practical bleach chemical available in the industry (Xu 2000), such as bleached chemo-thermomechanical pulp (BCTMP). The process results in not just a brightness increase, but also helps in the development of pulp physical properties (Pan 2004; Ni et al. 2007). The bleaching operation contributes to the total cost. Therefore, there is an interest in improving the peroxide bleaching process to improve the economy of bleached mechanical pulp production.

The objective of the current study is to improve he bleaching efficiency and bleached brightness ceiling. A modified hydrogen peroxide bleaching reported by Pan (2011) including ethanol and water in the bleaching medium was studied to solve the above problem.

Bamboo CMP (32.5% ISO brightness and 280 CSF) was supplied by the Pulp and Paper R&D Center, Institute of Chemical Industry of Forest Products, CAF, Nanjing, China. The CMP process diagram is shown in Fig. 1. After the bamboo chips were screened and washed, they were soaked in water at room temperature overnight. After filtering, the chips were steamed at atmospheric pressure of 105 ºC for 15 min, then extruded (at 100 ºC) using a twin-screw extruder (Jiangsu Jinwo Machinery Co., Ltd., Zhenjiang, China). After being filtered through a 7-mm sieve, the extruded chips were mixed with 2.5% sodium sulfite (Na2SO3), 0.4% diethylenetriaminepentaacetic acid (DTPA), and 75% water, and heated at 130 ºC for 10 min. The pretreated bamboo chips were refined using a Kumagai Riki Kogyo Refiner (KRK No. 2500-II, Kumagai Riki Kogyo Co., Ltd., Tokyo, Japan) under atmospheric pressure. After refining, the pulp samples were screened with a vibrating screen (Voith Sulzer Ltd., Appleton, WI, USA) with a 0.2-mm sieve plate. Pulp samples were then washed with deionized water and kept in a cool room at 4 ºC prior to bleaching and testing.

Fig. 1. Flowchart of the CMP process

All bleaching experiments, except when otherwise described, were performed in polyethylene bags using various amounts of H2O2 and NaOH under different operating conditions. Each trial used 10 g (o.d.) of bamboo CMP pulp, where duplicate experiments were performed for each bleaching condition. First, the appropriate chemicals were mixed in a beaker in the following order: water or EtOH, DTPA, Na2SiO3, NaOH, and H2O2. The prepared bleach liquor was then mixed with the pulp quickly and thoroughly. After the required retention time, the spent bleach liquor was separated from the pulp by filtration in a Buchner funnel. The bleached pulp was washed and acidified to an approximate pH of 5 using sulfuric acid prior to the preparation of the brightness pads.

The pulp freeness was measured using a Canadian standard freeness (CSF) tester according to TAPPI T 227 om-99 (1999). The brightness of the pulps was tested according to TAPPI T452 om-98 (1998), using a color and whiteness meter testing machine (Wenzhou Baien Instrument Co., Ltd., Wenzhou, China). The concentration of hydrogen peroxide in the collected spent bleach liquor was determined iodometrically.

Optimization of Parameters for Bleaching 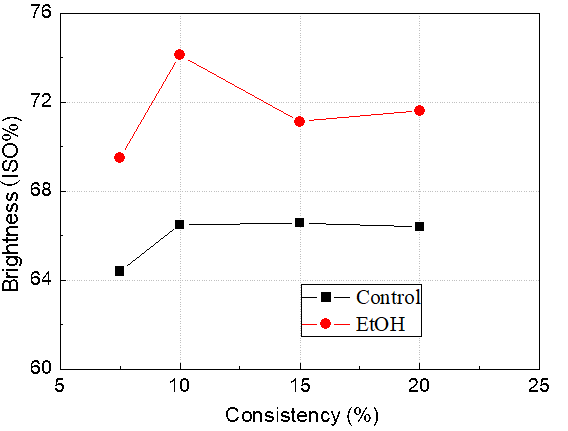 Retention time had a clear effect on the final brightness. As indicated in Fig. 3, bleaching experiments on bamboo CMP pulp were conducted at different retention times with a bleaching temperature of 95 ºC and pulp consistency of 10%. Over a period of 30, 60, 90, 120, and 150 min, a nonlinear dependence of ISO brightness on bleaching time was observed. Pulp brightness was progressively increased with retention time from 30 to 90 min and then increased slowly from 90 to 150 min for both the IEBM and conventional method. After 90 min of bleaching time, brightness levels of 66.2% ISO and 74.0% ISO were obtained for the conventional and IEBM method, respectively. 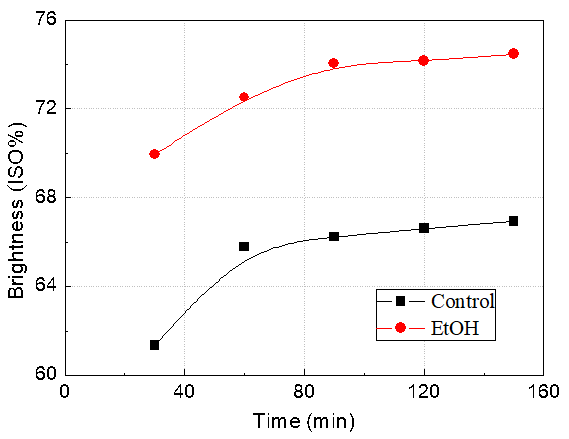 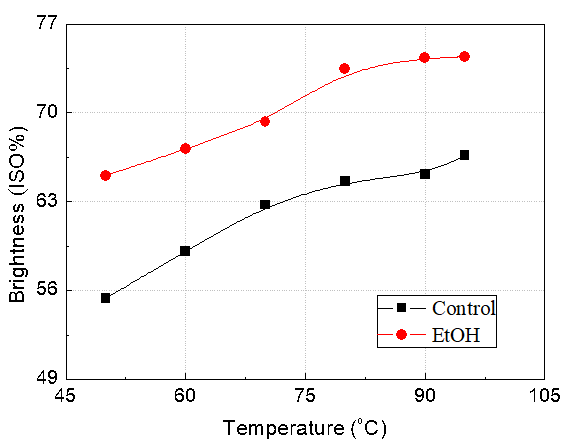 The main reactant is HOO- in the hydrogen peroxide bleaching process of mechanical pulp. NaOH can provide OH-, which can increase the rate that H2O2 decomposes as listed in Eq. 1, supply the necessary HOO- for bleaching, neutralization organic acid produced by bleaching process, and swell fiber to improve the strength of the pulp properties. However, the ineffective H2O2 decomposes (Liu 2003) as listed in Eq. 2 and the darkening reaction, which is dominant at higher alkalinity levels, has a negative impact on the bleaching efficiency and the brightness ceiling of mechanical pulp (He et al. 2005). Thus, alkali optimization was necessary for hydrogen peroxide bleaching. Bleaching conditions were: H2O2: 9 to 15%, NaOH: 6 to 14%, Na2Si2O3: 2%, DTPA: 0.5%, pulp consistency: 10%, retention time: 90 min, retention temperature: 95 ºC, and rate of ethanol substitution for water was 70% (m/m). 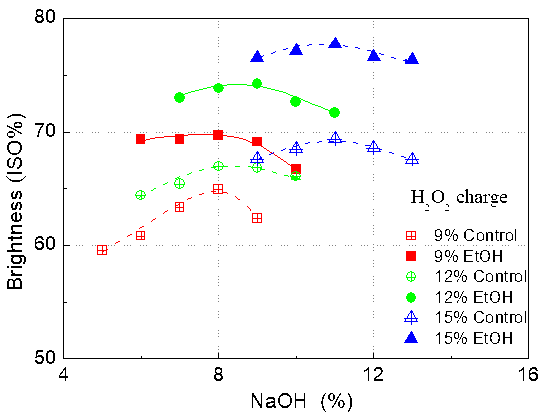 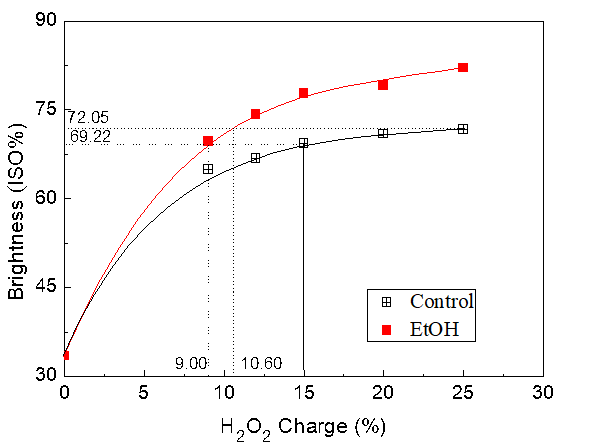 Fig. 6. Improvement of bleaching brightness by the IEBM method 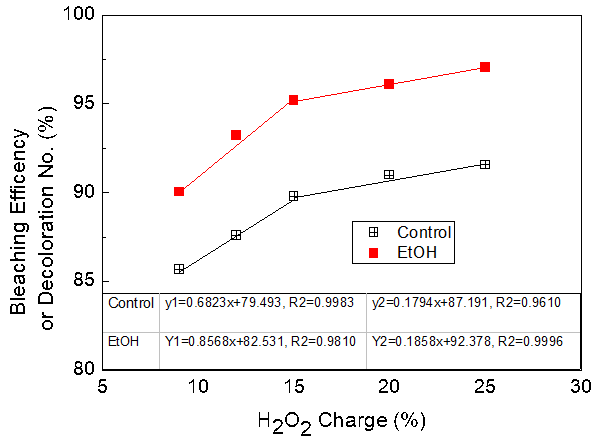 Fig. 7. Improvement of bleaching efficency by the IEBM method

The darkening reaction, which is dominant at higher alkalinity levels, had a negative impact on the bleaching efficiency. This impact is defined as the relative decoloration number (DC) (Loras 1981) according to Eq. 3,

where k /s for bleached and unbleached pulps is calculated by Eq. 4,

In the Kubelka-Munk theory, the value of k depends on the chemical composition of the sample, and the value of s depends on the physical structure (Johansson 2000). In bleaching, the color or the light-absorption coefficient (k) is reduced while having little or no effect on the light-scattering coefficient of the pulp (Loras 1981; Johansson 2000). Since DC is the ratio of a change in k /s during bleaching, the change in the light-scattering coefficient and absorption coefficient have been accounted for, thus, the DC number gives an indication of bleaching efficiency (Loras 1981; Mohta et al. 2003).

The reactivity of HO-. and O2-. toward aromatic lignin (phenolic structures) is only slightly higher than that with cellulose. Therefore, if H2O2 decomposes too fast and the concentrations of HO-. and O2-. become too high, selectivity toward lignin is lost and cellulose degradation occurs, as well as lignin degradation (Bajpai 2012). In addition, a slow H2O2 decomposition rate will provide a longer duration for pulp exposure to HOO- anions. This can result in better brightening; thus the rate of decomposition of H2O2 into reactive intermediates must be controlled in order to achieve optimal bleaching (Backman and Gellerstedt 1993). Activation energy is used to define the energy barrier to overcome when a chemical reaction occurs and to represent the minimum energy required for a chemical reaction to occur. The chemical reaction rate is closely related to the size of the activation energy. The lower the activation energy is, the faster the reaction speed is. From this discussion, activation energy for the decomposition of H2O2 should be higher to achieve higher brightness and bleaching efficiency. 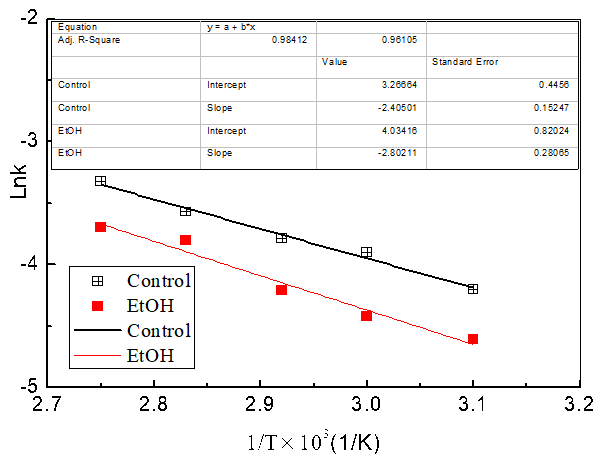 Considering a first-order reaction rate for the H2O2 decomposition, the rate constant can be expressed according to the following equation (Levine 2009),

where k represents the rate constant and has units of the reciprocal of time, t is the reaction time (min), and c0 and c are the initial concentration and the concentration at time t (mg/L), respectively. The rate constant depends strongly on temperature, and in most cases, the rate of decomposition increases with temperature (Barrow 1996). Arrhenius points out that the k(T) data for many reactions fit the expression,

where A is the preexponential factor, Ea is the Arrhenius activation energy (J/mol or kJ/mol), R is the molar gas constant, 8.314J/(mol·K), and T is the thermodynamic temperature (K). Taking logs of Eq. 6 produces the equation,

Bamboo CMP pulps can be bleached by hydrogen peroxide in an aqueous alcoholic medium (IEBM method) to a target brightness with a reduced consumption of bleaching chemicals.
Bleaching using the IEBM method offers substantially enhanced efficiency over the conventional method. In addition, the bleaching brightness improvement was greater when the pulp was bleached with a higher H2O2 usage level.
For the IEBM method, the activation energy of hydrogen peroxide was calculated to be 23.3 kJ/mol, while the activation energy was calculated to be 20.0 kJ/mol for the conventional method, which agrees with the improvement in brightness and bleaching efficiency comparing the IEBM and conventional method